Cooper: “I thought they chose me. But they didn’t choose me, they chose her!”

Cooper: “To save the world!”

If we’re going to talk about designing the future, let’s understand two things - who is doing the designing, and who is this future for, anyway?

Much of our cultural upbringing, from the pages of comics, to the Hollywood studios, repeatedly told us that we could step up and be the heroes. We’re programmed to feel that we’re the ones who will make the difference.

It’s time to look further than the end of our own egos, because there are problems coming we can’t find answers to, because we’re products of the system that created them.

Instead, whether we’re designers or clients, peers or parents, we must switch our attention to Metadesign; “nurturing the emergence of the previously unthinkable” in those around us, and those who will come after us.

It’s about ideas and environments, books and blocks, objects and systems, all examined through the contents and context of the most intriguing bedroom in sci-fi.

John Willshire is the founder of innovation studio, Smithery.

A proponent of a constructionist learning theory (i.e. Making Is Thinking), John has recently completed a new thesis on the relationship in organisations between People and Space, which has spawned a lot of tools, instruments and methods on how you can make the things you want to happen, happen (someone observed one of them “looks a bit... Gallifreyan” which is brilliant.)

John also created Artefact Cards, a way to help people and teams play with ideas, making up card games to find better ideas whilst having more fun. There are now over a million Artefact Cards are now out there in the world, helping people work in new ways, and they’ve been covered by everyone from the Financial Times and Maria Popova’s Brainpickings.

Prior to founding Smithery, John spent seven years at PHD Media in London, becoming Head of Innovation in 2007 when that wasn’t a thing. 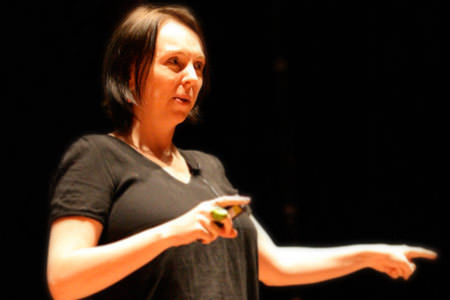