Magical UX And The Internet Of Things

Designers of the future! Set aside your sonic screwdrivers, put down those jetpacks, and step away from the holodeck. Our sci-fi visions of the future often run to the cold and technical, describing a life swallowed by screens, machines, and robot companions. We can do better; the best UX bends technology to the way we live our lives, not the reverse. We can find more humane inspiration in a different kind of fantasy—in the familiar, age-old tales of magic and myth.

“What if this thing was magic?” should be the opening question for designing any connected device. The internet of things is fundamentally about creating physical interfaces for digital systems, about blessing everyday objects, places, and people with extraordinary abilities. Sharing a rich trove of examples, designer Josh Clark explores the new interactive experiences that are possible when anything can be an interface and magic is your inspiration. Sling content between devices, bring objects to life from a distance, weave “spells” by combining speech and gesture. For designers of the future, it turns out Harry Potter is a better role model than Captain Kirk. Our challenge is not one of technology but of imagination.

Josh Clark is the founder of Big Medium, a design agency specializing in connected devices, mobile experiences, and responsive web design. His clients include Samsung, Alibaba, eBay, AOL, Entertainment Weekly, Time Inc, JCrew, O’Reilly Media, and many others. Josh wrote “Tapworthy: Designing Great iPhone Apps” (O'Reilly, 2010) and the forthcoming “Designing for Touch” (A Book Apart, 2015). He speaks around the world about what’s next for digital interfaces.

Before the internet swallowed him up, Josh was a producer of national PBS programs at Boston’s WGBH. He shared his three words of Russian with Mikhail Gorbachev, strolled the ranch with Nancy Reagan, hobnobbed with Rockefellers, and wrote trivia questions for a primetime game show. In 1996, he created the uberpopular “Couch-to-5K” (C25K) running program, which has helped millions of skeptical would-be exercisers take up jogging. (His motto is the same for fitness as it is for software user experience: no pain, no pain.) 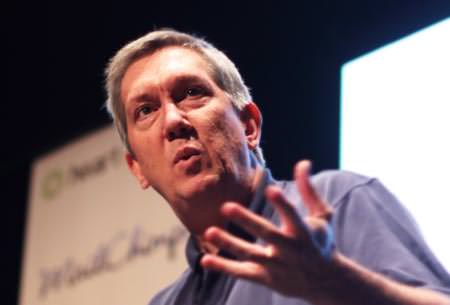 Scott Jenson
Beyond Mobile: Making Sense of a Post-PC World 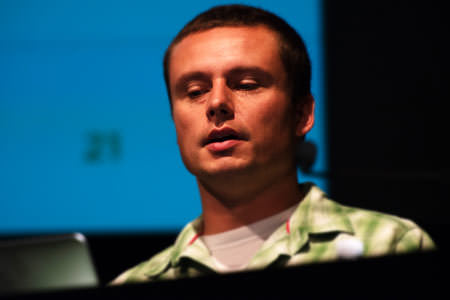 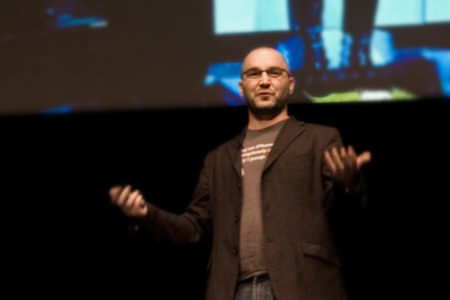 Brian Fling
What’s Next? How Mobile is Changing Design