The web community is one of the most vibrant and fun groups I’ve ever been lucky enough to be a part of. Like any vibrant community, sometimes people don’t play nicely.

In this session, I will discuss what it has been like to be shy and be on twitter, mailing lists, and open source. I’ll talk about my experiences consulting on massive CSS overhauls, and ways to defeat trolls—including your own inner troll! 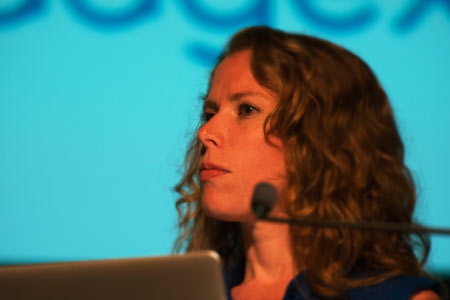 Nicole Sullivan and her business partner Nicholas Zakas are like The A Team of front-end web performance. If you have a CSS problem, if no one else can help you, and if you can find them, maybe you can hire …The Stubbornella Team.

Before starting up her own consultancy Nicole worked inside Yahoo, building a culture of performance and quality with the front-end developers there. Now she embeds herself in companies like Facebook when they need to get their style sheet bloat under control.

Nicole’s approach to front-end development is encapsulated in her OOCSS framework — a modular and maintable way of building interfaces on the web. She also made CSS Lint, a piece of opinated software to help developers write CSS to the highest standard.

But for all her immense knowledge about CSS and performance, Nicole’s most powerful skills are in the areas of collaboration and communication. She is a tireless crusader for knowledge and as if she did’t have enough projects to keep her busy, she recently organised CSS Conf in Florida, the first of its kind.