Come With Me If You Want To Live, Or How To Survive A Time Travel Paradox

At a conference focused on ‘designing the future’, the concept of and narratives about time travel seem like inevitable topics of conversation. While there are a wide variety of types of time travel stories, the narrative Ingrid has been thinking about the most is the one in which someone from the future (or, depending on how you think about time travel paradoxes, a future) comes to the past and intervenes to rewrite and/or game their present.

Ingrid has been thinking about this particular kind of time travel for a few reasons. One is that she has been kind of obsessed with the Terminator movies (for reasons she’ll get into a little bit later) and the other is she’s been interested in emerging technologies and systems that, while not literally from the future, share certain motivations with the revisionist time traveler. The time machines used today don’t look like Deloreans. They look like NTP servers and low-latency networks, like real-time data streams and predictive models, visitors from algorithmically bestowed futures to let us fix, or at least game, our current conditions.

These systems for forecasting futures, however, often lend themselves to the same predestination paradox or self-fulfilling prophecy faced by the T-800 in the first Terminator movie. SKYNET creates John Connor by trying to kill Sarah Connor, governments create terrorists by trying to find terrorists, capitalism eats itself by trying to move faster than capitalism.

So Ingrid been thinking a lot about this because she’s been thinking about resistance—resistance within time travel narratives and resistance to proscribed futures. How do you design a future with resistance built in? What does that resistance look like? In popular time travel narratives, it tends to look like a lot of property destruction--like taking, or quite literally breaking, time and time machines. While she may not be completely sold on that method, there are some examples of acts of civil disobedience that she thinks might offer some insights into the fragility of futures and why, exactly, the Terminators keep on coming.

Ingrid Burrington writes, makes maps, and tells jokes on a small island off the coast of America. She’s a member of Deep Lab, the author of Networks of New York: An Internet Infrastructure Field Guide, and currently an artist in residence at the Data and Society Research Institute. 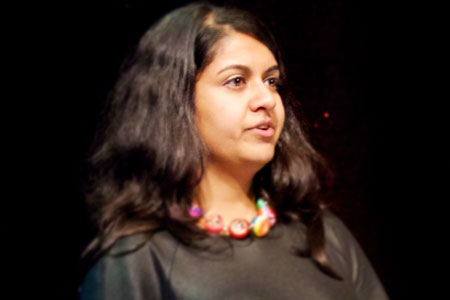 Anab Jain
Valley Of The Meatpuppets 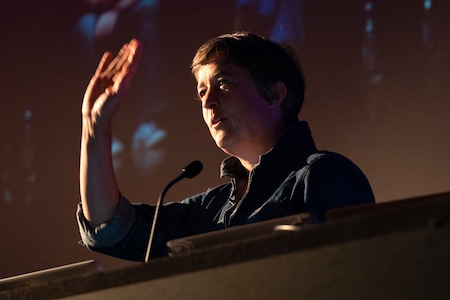