The City of Things

Look around you. The buildings in the city you’re looking at are probably much as they looked 25 years ago (I’m taking a punt that you’re not in Shanghai.) They will probably look much like that in 25 years time too. Architecture changes cities slowly, if at all. The major changes in the way we live, work and play in cities are instead played out in a layer of objects bigger than a mobile phone and smaller than a building — vehicles and wearables, street furniture and sensors, informal infrastructure and pop-up structures, ‘sharing economy’ services and soon enough, urban robotics. This layer is parasitical, accessible, adaptable — new applications running on the old hardware — and replete with possibilities and pitfalls. A new practice of city making is emerging as a result, shaped as much by interaction design and service design as by architecture and urban planning. This talk explores some of what this might mean for design, technology and cities, and how these new intersections change what the very-near-future city is.

Dan Hill is Executive Director of Futures at the UK’s Future Cities Catapult. A designer and urbanist, he has previously held leadership positions at Fabrica, SITRA, Arup and the BBC. He writes regularly for the likes of Dezeen, Domus and Volume, as well as the renowned blog City of Sound.

Throughout a career focused on integrating design, technology, cities, media and people, Dan has been responsible for shaping many innovative, popular and critically acclaimed products, services, places, strategies and teams. He is one of the organisers of the acclaimed architecture and urbanism event Postopolis!, running in New York and Los Angeles so far. He also writes City of Sound, generally thought of as one of the leading architecture and urbanism websites, as well as regularly writing for architecture and design press worldwide.

Dan is also a member of the International Academy of Digital Arts and Sciences, which selects nominees and winners for the Webby Awards, the leading honour for websites, as well as being a jury member for both Core77 and IxDA interaction awards in 2012. He was included in the inaugural list of Sydney’s ‘Creative Catalysts’for the Vivid Sydney arts festival 2009. 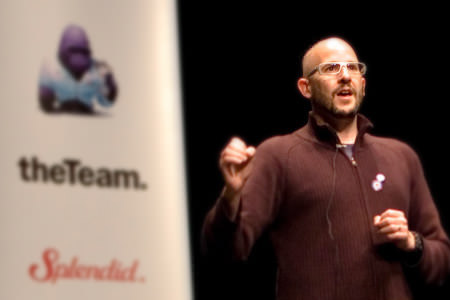