Inventing the next twenty years, strategic foresight, fictional futurism and English rural magic: Warren Ellis attempts to convince you that they are all pretty much the same thing, and why it was very important that some people used to stalk around village hedgerows at night wearing iron goggles. 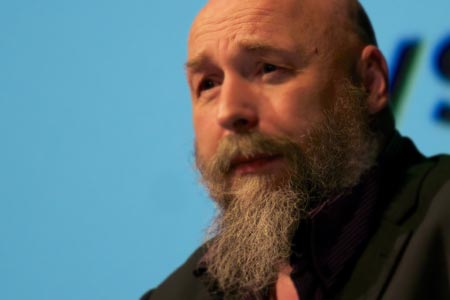 Warren Ellis is a writer. He is not the violinist in the Bad Seeds.

Gun Machine is currently being developed for television. His book Red was adapted for the big screen in 2010. We shan’t hold it against him.

You can find him on Twitter, on Tumblr, on This Is My Jam, and you used to be able to find him in Second Life, but most importantly, he has his own website because he’s down with the Indie Web.